Lead author, surfer, emergency physician and Associate Dean of the ANU Medical School, Dr Nicholas Taylor hopes his new method can be used at beaches across Australia and the world: “I want posters at beaches. I want to get it out in the surf community”. Image supplied.

A new first-aid technique could help avoid fatalities from shark attacks to the legs and is as simple as using your own bodyweight to make a fist and “push hard between the hips and the bits”.

According to research from the Australian National University (ANU) the method reliably stops or reduces blood loss by compressing the femoral artery.

The study, published in Emergency Medicine Australasia (EMA), compared artery blood flow of 34 healthy people when the midpoint was pushed by bodyweight compared to an improvised tourniquet made with a surfboard leg rope.

The study showed this easily taught first-aid technique stopped 100% of blood flow in 75% of participants. Blood flow was stopped on average by 89.7% by making a fist and pushing hard on the midpoint, compared to using a leg rope tourniquet, which only reduced blood flow by 43.8%.

In the study, comparisons were also done with and without wetsuits, which had no significant influence.

Lead author, surfer, emergency physician and Associate Dean of the ANU Medical School, Dr Nicholas Taylor, said the new method “saves time and works better than using a leg rope or looking for something else to use as a tourniquet”.

“I knew from my background in emergency medicine if people have massive bleeding from their leg, you can push very hard on the femoral artery and you can pretty much cut the entire blood flow of the leg that way.

“If someone has been bitten on their leg, you only need to find the middle point between the hip and the genitals, make a fist and push as hard as you can.

“We found people can do this for a long period of time and making a fist covers the area you need. It’s not hard to find. It could even be marked with an X on a wetsuit.”

Dr Taylor hopes his new method can now be used at beaches not only across Australia but around the world. 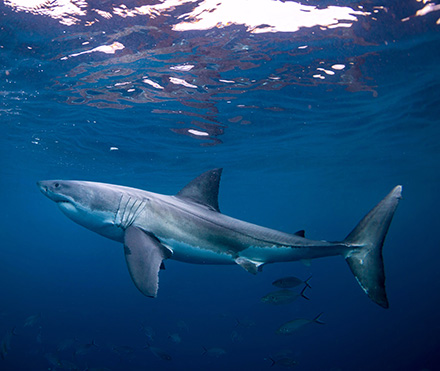 Getting to know shingles